Just put the finishing touches on the 2nd of these two paintings. The bouquets and other subject elements differed in each, but they followed a similar theme of a tall skinny aspect with elegant Irises. Because of this commonality I began both these paintings on a single panel of wood. I marked it down the center and initially brought both paintings along at a similar rate.  Working initially on the single surface helped me in keeping the consistency of the theme between each painting. As they moved further along the painting process (about 2/3rds of the way); there came a point were too much focus was needed on each painting. There was also a risk that the colors for each may influence the other. Separation was essential, so I took a saw down the middle, finishing each work separately. 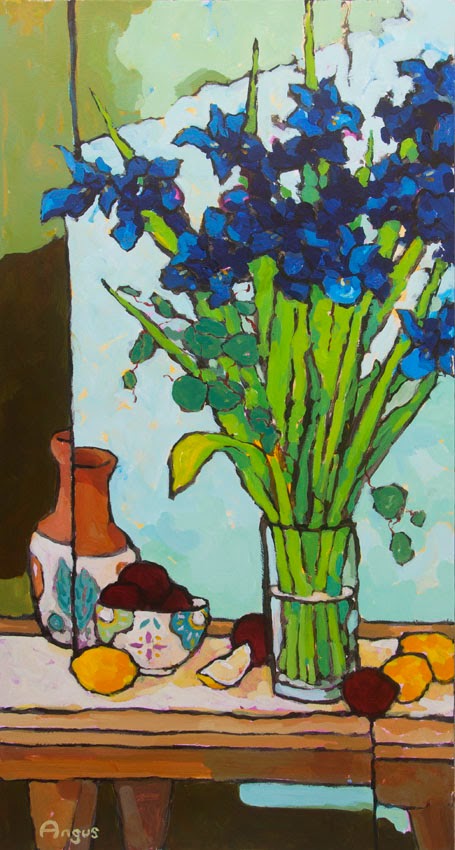 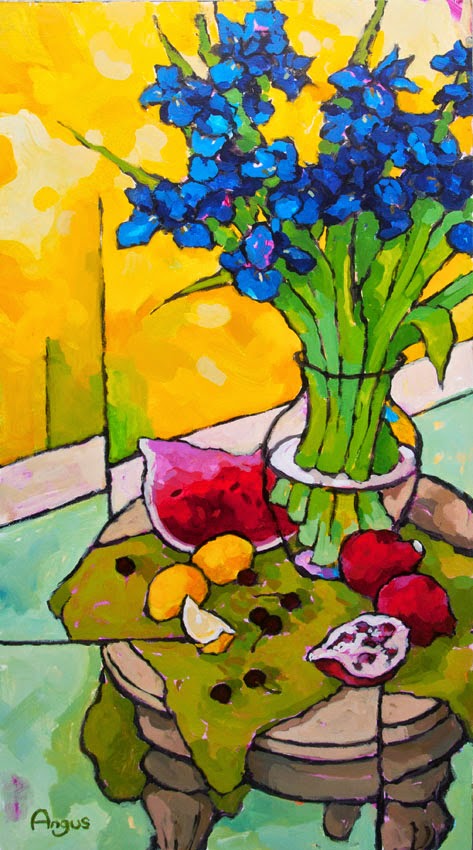