Unconsciously near the end of last year many of my paintings had been getting smaller, I realized I wanted to tackle something bigger, so I chose to work on a 48X72 painting. Jokingly codenamed BIG BERTHA (not meant to be sexist, most of my paintings are probably female... though I admit, perhaps I am being sizeist). 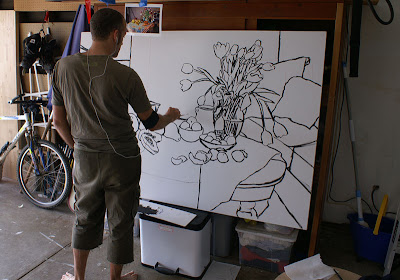 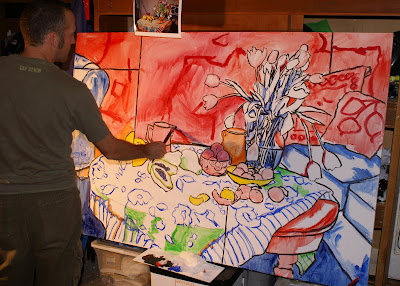 It has been the my largest painting in a number of years and it's literally just finished. I really enjoyed myself working in this scale. For convenience I painted in my garage, since I wasn't confident I could get the painting through some of the bends in my house to get to my studio. I also thought the garage would be a good location to store the painting as it dries.

The light wasn't too bad painting in this location, there was good indirect light from the main doors and in the evening I used a couple of 'construction work' type halogen lights. 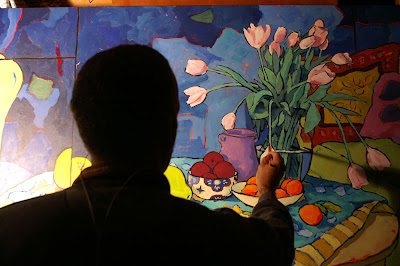 Working at night
Because I usually paint on wood panel when I began working on a canvas of this size I really noticed the canvass bounce, especially working in the center of the painting (it was quite exciting). 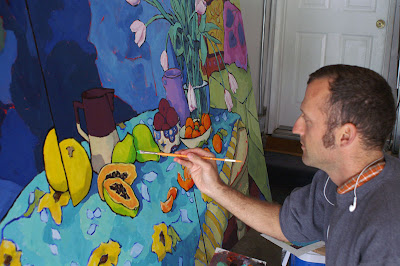 When I initially planned and began work on the painting it felt like a really large canvas, but as I worked on it I suppose I soon got used to that scale. I even found myself thinking - next time, perhaps I should paint even bigger? 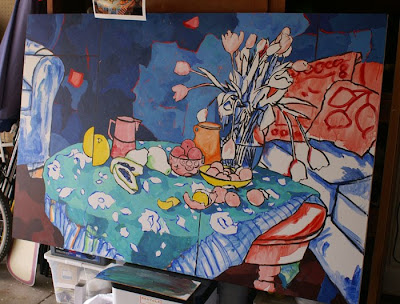 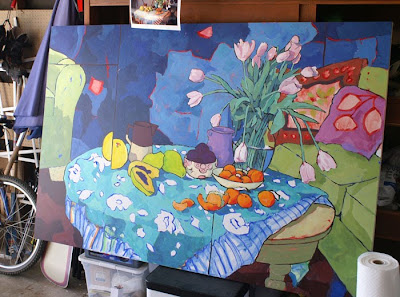 There can be a nice physicality to working in this scale having to move across the whole painting and mixing much larger quantities of paint. Additionally of course it also provides a wonderfully dramatic final work. Scale can really create an impact! 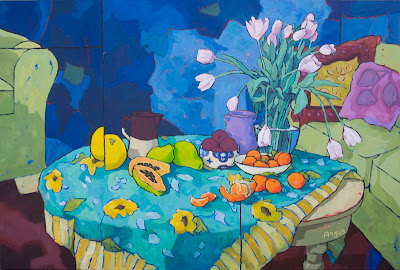 The final painting.
Titled 'Tulips and fruit with Denby jug on blue'.

Primarily Acrylic on Canvas, but with a few light oil glaze washes in certain areas, to give greater color depth and subtly. Work is yet unvarnished, but I will ultimately varnish with a semi gloss finish, that should give it increased richness and luster. 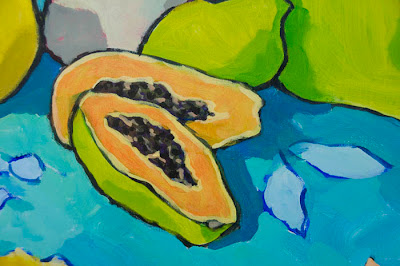 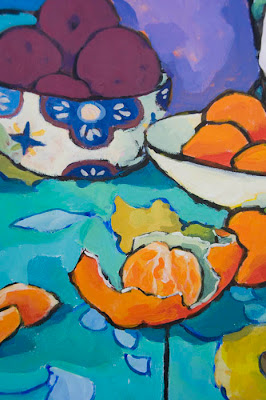 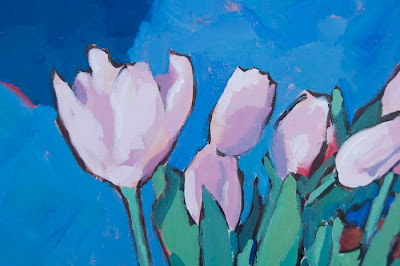 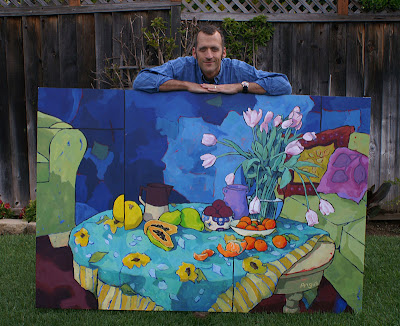 Me holding it wonky....
Posted by Angus Wilson Studio at 1:53 PM