I've just returned from a super quick trip to Britain. I visited my parents in the Lake District in Northern England. Their town of Kendal has a rather special art museum called the Abbott Hall. It's not big, but over the years I've seen a number of really great exhibitions there. Exhibitions that often times have been far more prestigious and interesting than the small northern location should allow. 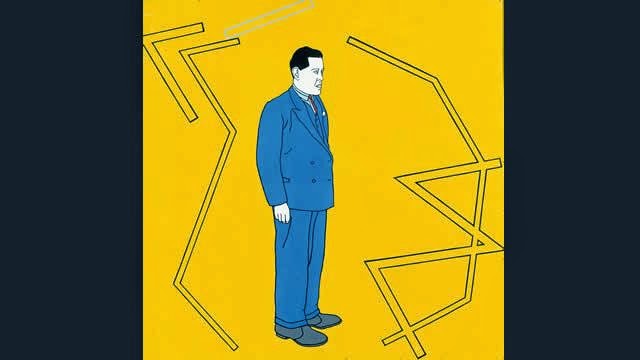 This trip gave me Patrick Caulfield  (1936 - 2005). I think it's fair to say there's a lot of  Braque influence in Caulfields work. He's also mixed into the modern pop art movement, a label which I believe he was never to happy with. But it's hard not to see that he's very much part of that movement, all be it perhaps one of the more tasteful and skilled? 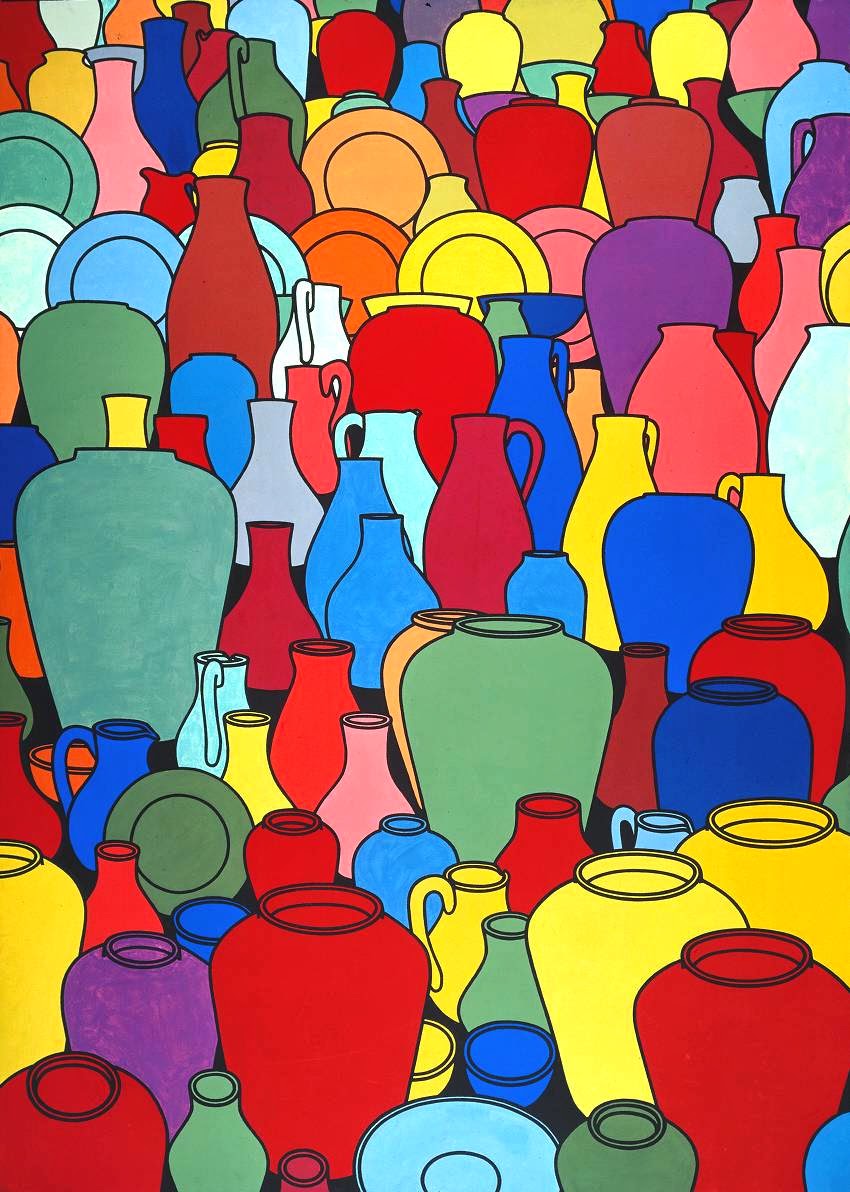 Caulfields work boils the subject down to it's simplest form. Presenting flat color and strong confident black edges.The balance of form and negative space is king, and his careful construction of content provides real power to the work.  Many of his paintings use domestic house paints on hardboard, but he also worked with more traditional oils and silk screens (among other mediums).

A quick glance may dismiss his work, but with more study the strength of his compositions and unswervingly accurate sense of form and weight, elevates his work to another level. I found there much to relate to;  an artist who works with strong form, bold outlines and confident colors, what's not to like right?... 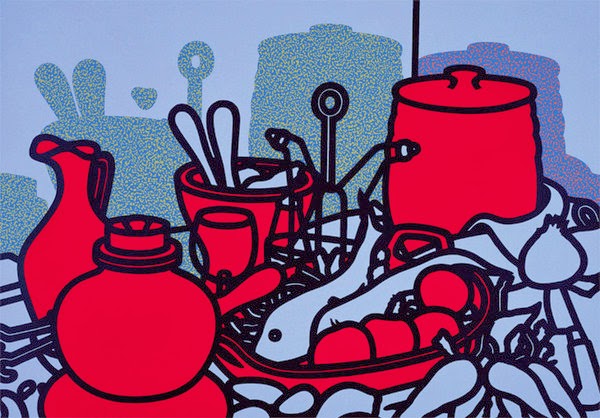 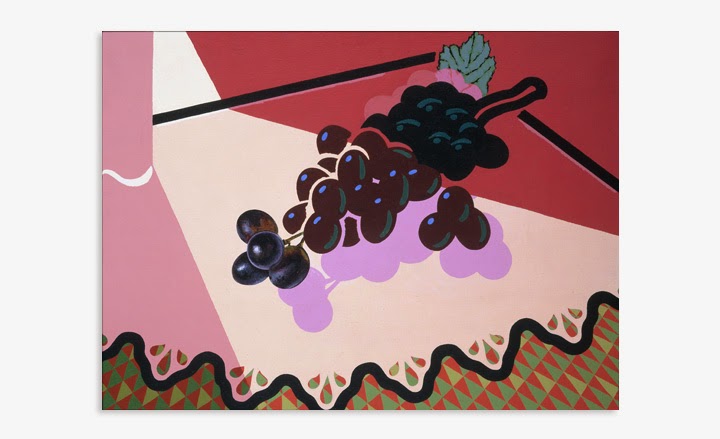 Some of Caulfields work also illustrated a transition through levels of information in a single painting. Sometimes he featured a three dimensional element glued to the canvas, while another element in the painting would be highly rendered in paint; followed finally by the rest of the work presented in his flat tonal forms. I've sometimes attempted a similar idea in some of my still life works, though without such a stark contrast or a 3D element. Personally I felt these pieces less effective in Caulfields work, the transitions not working smoothly and the contrasts to jarring. The example pictured above, shows one of his transitions at play, from highly rendered grapes, stepping back to block flat forms. Despite this paintings transitions appearing smoother I still find these pieces less effective than his best works. When less color and from is used, and the closer tonal shifts and outlines are left to do the work. 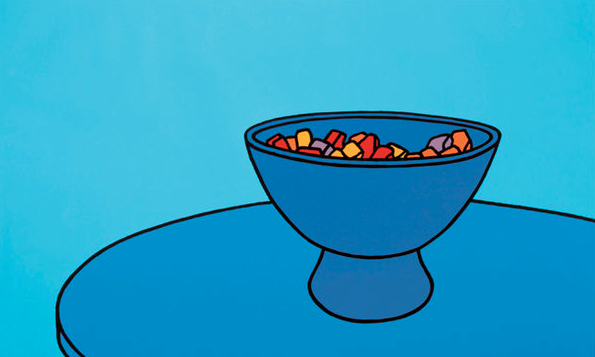 This painting titled 'Sweet bowl' was my favorite in the show. A wonderful sense of space and balance distribution, the blue color shifts perfectly chosen.