I've just finished reading a book on Alberto Morrocco (1917-1998),  by Atelier books. The artworks featured in the book were nicely reproduced and the text consisted of a variety of conversational interviews drawn together. 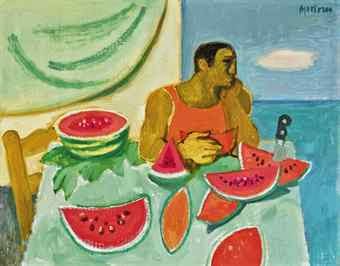 In truth, it is only in recent years that I have stopped to consider this artists work.  I realize this view point may have been somewhat unfair, especially when you consider locationally we had so much in common. Both of us were born and brought up in Aberdeen, Scotland (though admittedly in different eras). He also taught at 'Duncan of Jordanstone College of Art' in Dundee, around the same period that I was a student there (though my types of classes never would have intersected his). Indeed, I should add, we may have just missed each other altogether; for he went back to Aberdeen to work at 'Grays school of art' around this time. 'Grays' was where he originally attended and learned fine art. 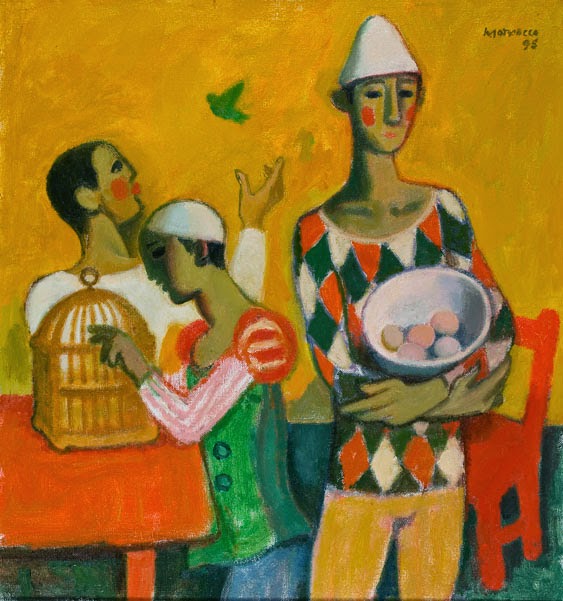 I mentioned having dismissed his work in the past, and I can only explain this as follows. I believe it's fair to say even in Scotland his work is not terribly well known, when compared to other Scottish peers from this period. The little I personally knew of his work, I felt to be derirative of Picasso. It was only in recent times when I came into contact with more of his paintings, that I realized he had greater depth than my previous views and there was a lot to love about his work.

Within his work he is very technically proficient and quite varied within his treatments. In many ways he's most known for his paintings of the Mediterranean figure. Streets scenes, stalls, Watermelon sellers, sun bathers and men riding horses by the ocean are all common subjects of these paintings.   These works are filled with a light confident touch, but also a more contemplative understanding of form and composition structure. They demand attention;  he is an artist who understands that paint can be a powerful thing on its own, and presents confident color blocks and color relationships. He has a beautifully controlled careful brush stroke, with considered value choices. This when combined with his expressionist modern figure paintings give his work a strong power, and one that I regret overlooking for so long. 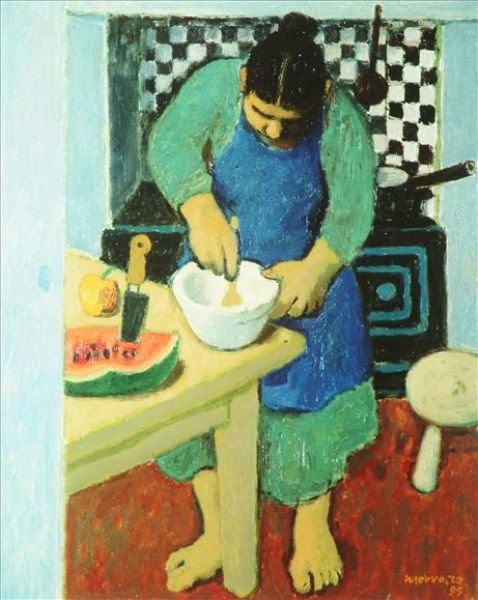