The Paley collection at the De young 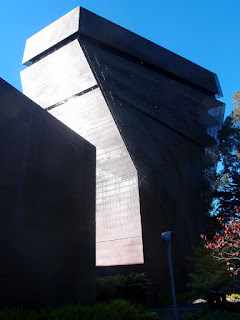 Yesterday I dropped of some new pieces of mine at Chloe fine Art in SF and then went on to look around the De Young Museum, primarily to see the exhibition of 'The William S. Paley Collection'. Paley was a broadcast pioneer, CBS being principally his baby. He funneled a small amount of his fat pockets into picking up paintings to decorate his home that at the time weren't desperately in vogue. (I think most people were off buying 'newer' moderism, abstraction and expressionism, around this era).  In time this became the collection we know today, which has some fantastic paintings from the post-impressionist era and the birth of moderism.

The  Collection includes paintings, sculpture and drawings that range in date from the late 19th century through the early 1970s. The collection includes multiple works by  artists like Cezanne,  Matisse,  Picasso, Degas, Gauguin and more. 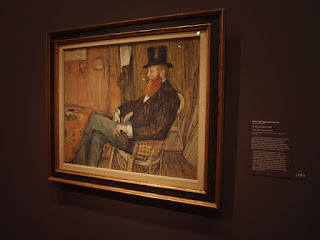 As some of you may remember I'm huge, huge fan of Toulouses paintings and the exhibition had a couple of nice ones. I also like much of the Nabis movement; Bonnard seems to be usually very good and two of Gauguins were also great. (I find I like Gauguin more and more as I get older.)  There were of course a share of things that I didn't care for, but I wont bore you by listing them too. 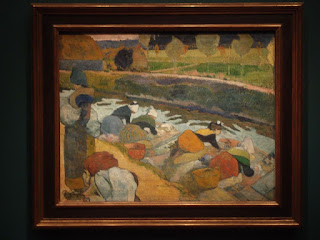 Unusually they allowed photography in the exhibition. I took a few pictures rather quickly and some what guiltily, consequently they're not the best. Most viewers enjoyed their art with their smart phones close at hand photographing each and every piece at point blank range. A strange and interesting sight, and a sign of our times. 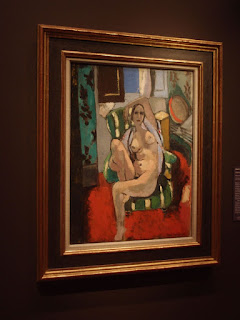 One nice feature is the exhibition had a little adjoining corridor between spaces that featured large photographs of the featured paintings actually in Paleys home. This was nice to see, to give you a feel for how he chose to present his home and the paintings. Personally I feel they're better now is a plain elegant museum, but of course I wouldn't mind having one, on one of my own walls! (in case anyone's offering?)

This painting went into my kids school auction today as part of their annual pledge drive. The schools principal was the happy winning bidder! 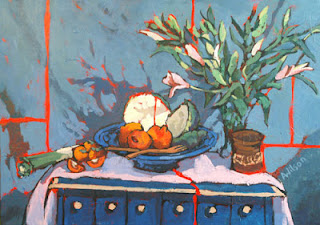 I've been slow to post these last few weeks, so here's a few paintings to catch up with the work/posts... 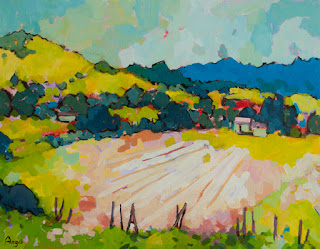 A local plein air painting. I often come back to this field and this horizon but more commonly paint the field from the right hand edge. This has a good light feel to it, so I was pleased with the results.
* 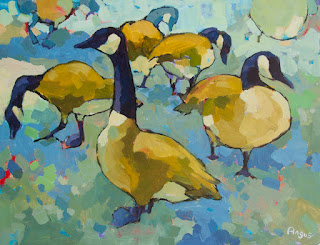 I don't often do this type of subject, but I enjoy painting groups of animals, people or in this case birds. Often it's how the objects (in this case birds) overlap that interests me most. In this respect it holds very similarly to my still life work.
* 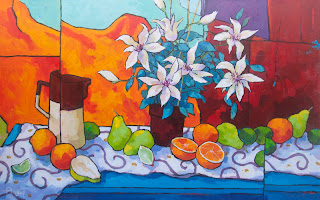 This is loosely based of a previous Clematis painting, it's size gives it a good sense of drama and power, I like the counter change of the warm backgrounds with the compliment foliage color.
Posted by Angus Wilson Studio at 9:05 PM No comments: